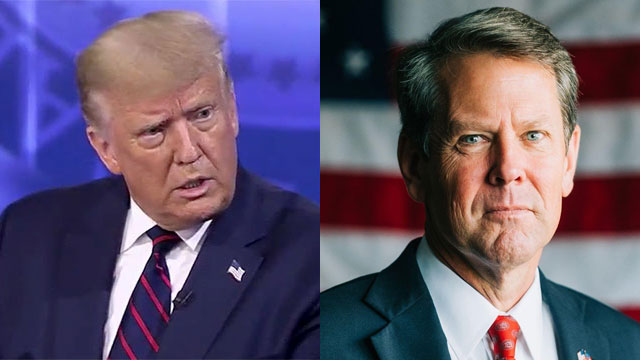 Even after making the Governor of Georgia his punching bag, Donald Trump reportedly called on Gov. Brian Kemp this morning asking him to overturn the results of the 2020 presidential election in his state.

President Trump called Georgia Gov. Brian Kemp (R) on Saturday morning to urge him to persuade the state legislature to overturn President-elect Joe Biden’s victory in the state and asked the governor to order an audit of absentee ballot signatures, the latest brazen effort by the president to interfere in the 2020 election.

Hours before he was scheduled to hold a rally in Georgia on behalf of the state’s two GOP senators, Trump pressed Kemp to call a special session of the state legislature to get lawmakers to override the results and appoint electors that would back him, according to a person familiar with the conversation who spoke on the condition of anonymity to describe the private call.

He also asked the governor to demand an audit of signatures on mail ballots, something Kemp has previously noted he has no power to do.

Trump went on to question whether Kemp was a real Republican in a tweet wherein he publicly called on the governor to permit the ‘simple signature verification.’ But Georgia state law prohibits the governor from interfering in elections.

After Kemp responded to Trump’s tweet saying he’s publicly called for the signature audit in the past, Trump came back at Kemp again.

As I told the President this morning, I’ve publicly called for a signature audit three times (11/20, 11/24, 12/3) to restore confidence in our election process and to ensure that only legal votes are counted in Georgia. #gapol https://t.co/xdXrhf1vI2

Why? Because we live in America.