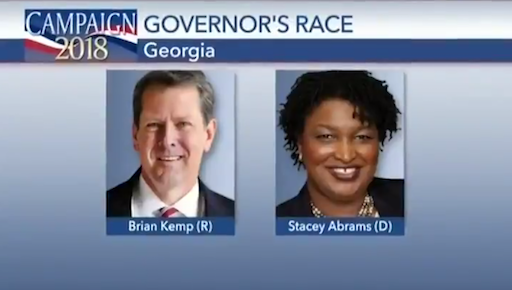 Georgia’s current Secretary of State, who also happens to be the Republican candidate for governor this year, has purged up to 10% of Georgia voters from the voter rolls.

The purged names, numbering up to half a million, are reportedly disproportionately black voters.

Oh, did I mention the Democratic candidate, Stacey Abrams, is black? And she would become the first black, female governor in the United States?

Watch the report below from Now This.

10% of Georgia voters were secretly purged from the rolls — and they weren’t given any notice pic.twitter.com/htAP0RicY4

According to the Associate Press, 70% of the voter applications that are being held up by Kemp’s office are from black people.