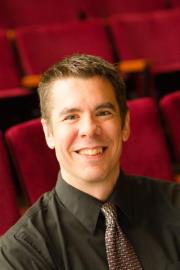 Al Fischer, a popular, openly gay music teacher at a St. Louis-area Catholic school, was fired earlier this month after an archdiocesan official overheard him talking with co-workers about his upcoming plans to marry his longtime partner in New York.

To add insult to injury, Fischer’s firing will take effect on March 9 — the day of the couple’s 20th anniversary and their wedding day.

The report from the St. Louis Post-Dispatch makes it clear that Fischer’s sexual orientation was no secret at St. Ann Parish. Fischer directs the local gay men’s chorus. His partner, Charlie Robin, noted that the two attend school functions like concerts and staff parties as a couple.

In a letter he emailed to the school’s parents shortly after receiving his pink slip, Fischer wrote: ”I think the word has been well spread that this is not the fault of St. Ann School or its leadership, and I want to emphasize that I get that, too.” He said further that the school principal and parish priest “are still there for me in a big way.” Parents at the school are said to be very upset.

In the midst of all of this, Mr. Fischer is taking the high road and doing what a good teacher does: thinking not about himself, but about how his very public firing will impact the children he teaches. His letter encouraged parents to talk to their kids, to make sure that they don’t let what’s happened to him make them scared to be themselves. ”A family conversation about whether or not justice was served here could be a great thing. I do not want the lesson from this for the kids to be, ‘Keep your mouth shut, hide who you are or what you think if it will get you in trouble.’”

Read more at Truth Wins Out.