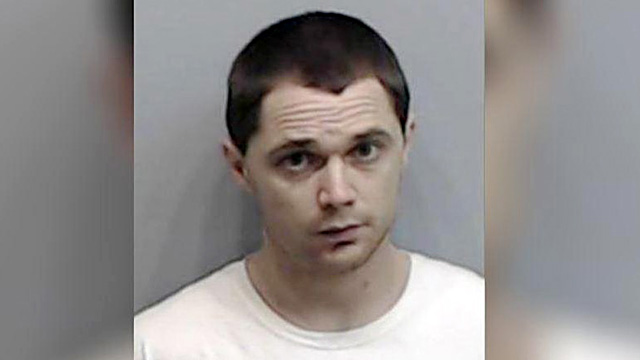 A former dancer at a gay strip club in Atlanta has been sentenced to life in prison for killing his boyfriend.

According to the Atlanta Journal-Constitution, the two men met at a club in 2015. At the time, both were married to women.

Morgan was employed as a dancer at the infamous all-nude Swinging Richards gay nightclub in Atlanta. His estranged wife lived in Alabama.

Campbell, an executive for Comcast, lived in Delaware with his wife and children, but business trips brought him to Atlanta frequently.

But over time Morgan became financially dependent on Campbell. The financial situation, along with Morgan’s addiction to methamphetamines and the secret nature of their relationship eventually led Campbell to consider ending the romance.

After spending the day at a racing event on October 1, 2016, Campbell apparently told Morgan he was leaving him.

It was at that point that Morgan shot Campbell twice in the head. Attempting to cover up the murder, he wrapped Morgan in plastic trash bags and hid the body in a closet.

Morgan turned the thermostat down and lit a scented candle presumably to conceal the smell. On his way out the door, he stole Campbell’s Land Rover Discovery, two expensive watches, his cell phone, an iPad, his wallet and a handgun.

It would be four days until Campbell’s body would be found when his wife contacted authorities filing a missing persons report. His abandoned vehicle was found in Calhoun County, Alabama. Two weeks later, Morgan was arrested in Jacksonville, Alabama, after a standoff with police.

After his arrest, he admitted to the secret relationship and stealing Campbell’s belongings, but denied committing the murder.

Morgan had previously spent time in prison for aggravated assault and domestic violence.