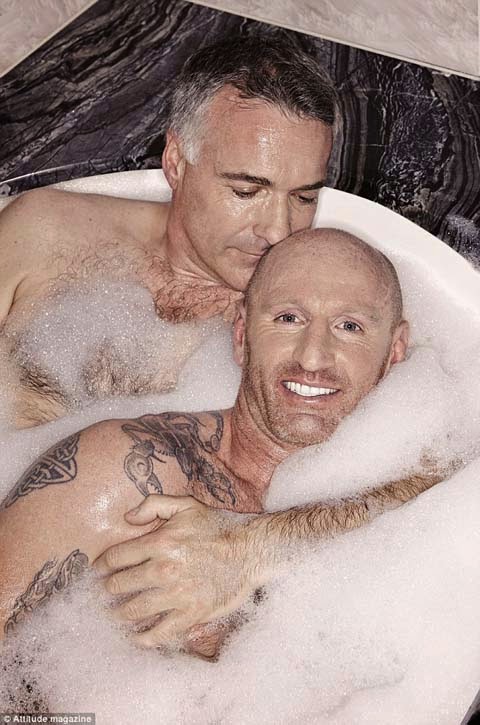 “I know so many people gay, or straight, who have regrets and just wish they’d not missed out on something good. I don’t want to regret something, I wanted to give it a go.

“It did seem pretty quick but we’re better than we ever have been after living together for a year. We thought ‘if it is right to us then bollocks to what anyone else thinks.’ If anyone thought it was too soon we’ve proved them wrong as now we’ve got our own house in Wales, we’re settled and life is good.

“I was 39 and Ian was 50. We’re not teenagers anymore and we live or die by our decisions and not by what other people decide for us.”