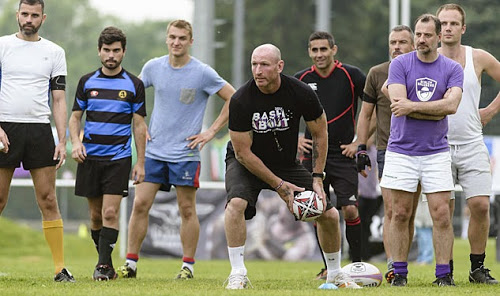 Retired rugby star Gareth Thomas was back on the field this past weekend as a guest coach for the Bash About tournament in Berlin.

Thomas was one of the first high-profile athletes to reveal he was gay when he came out in 2009.

As guest coach, Gareth trained with some of the 150 players from 20 different gay teams as part of an initiative to promote Sportsmen against Stigma. The goal is to push back on stigmas associated with and exclusion of HIV positive athletes.

“It can be a lonely existence as a gay guy or woman and rugby is a way of integrating people into a team environment, ultimately giving them friends and a social life,” Thomas told AFP. “When I heard the concept, I just wanted to get involved.”

“It’s not just about what happens on the pitch, it’s about the socialising after and making life-long friendships,” he continued. “That’s the whole package of rugby.”