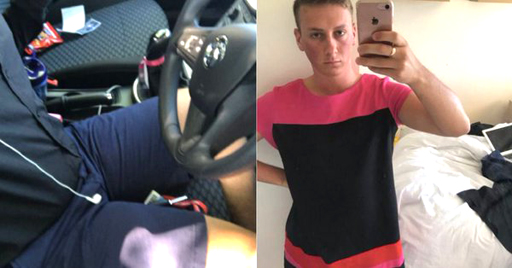 I LOVE this guy.

Joey Barge, a call center worker in Buckinghamshire, England, attempted to wear a pair of “smart shorts” to his office paired with a black button down shirt due to a stifling heat wave.

But his supervisors sent him home saying the shorts were inappropriate for the office environment.

Noting how comfortable his female colleagues were, he returned in a black/hot pink dress.

If women can wear skirts/dresses at work can I wear smart shorts like so? pic.twitter.com/UD0AQ6ZCbP

Barge then decided he would wear a pink dress to work since women were allowed to wear dresses.

According to Joey’s tweets, the company changed their dress-code policy in response to his act of resistance.

After announcing a change in policy, Barge’s bosses asked him to go home and change. Barge declined.

“I got sent home and told to change into appropriate clothing but it said females could wear dresses so hey ho!” Barge told the Daily Mail.

‘They said it was a bit too colourful and asked if I wanted to go home and change because they were letting us wear shorts because of my “protest” — but I said I was happy to stay.’