Why Frank decided to crawl out from under the rock he’s been hiding under for years, who knows? But, whatever…. 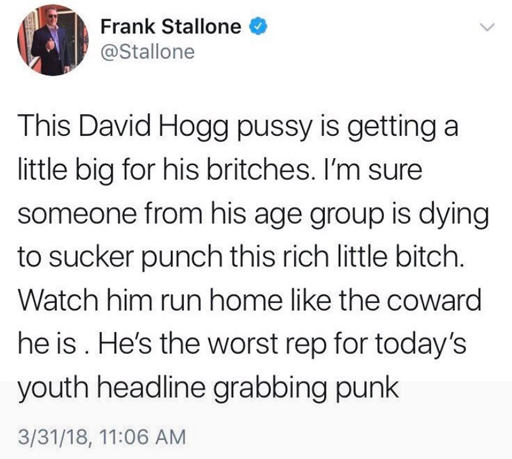 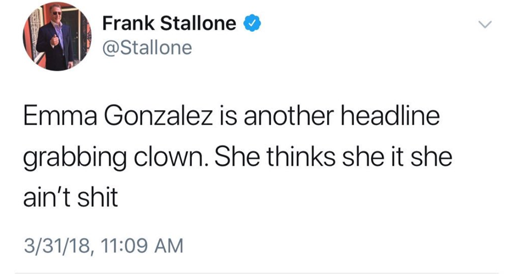 But one Twitterer, The Hoarse Whisperer, called Stallone out on “facing gunfire” having found the news report that that “incident” was really just a nick on his finger when a gun accidentally went off in a gun store years ago. 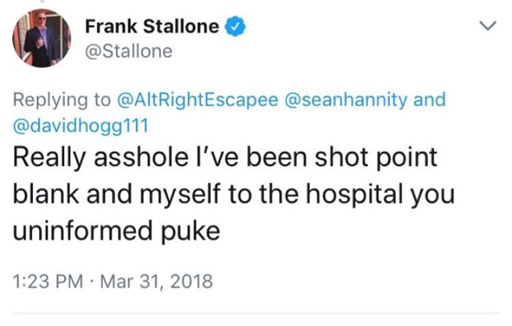 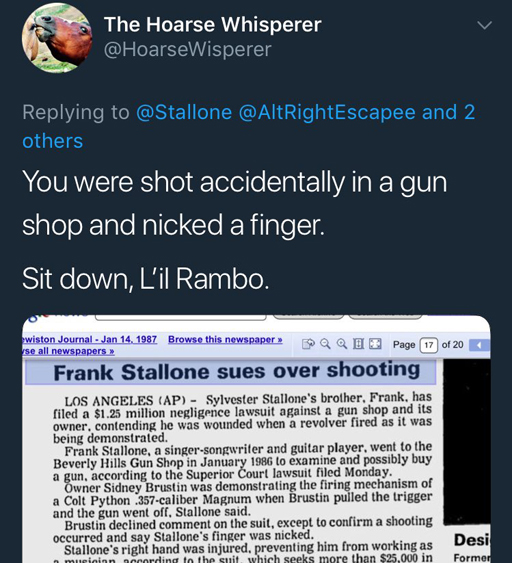 Kinda like a bully taking his toys and going home.

ACT THREE: He reappeared this morning with the apology below. 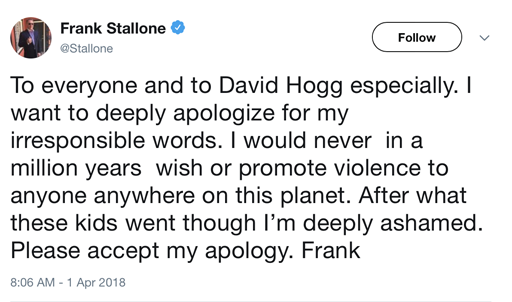