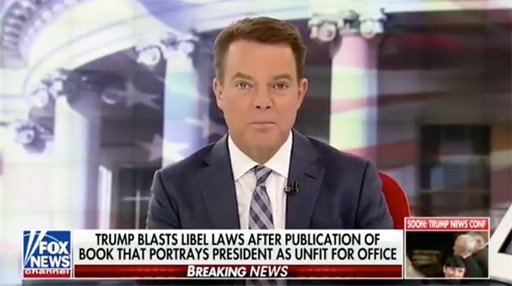 Fox News host Shep Smith was not having Donald Trump’s not-even-thinly-veiled attack on author Michael Wolff when the Trumpster announced he wants his administration to explore a possible overhaul of “very unfair” libel laws.

“He’s not a dictator. He’s not a king. He can’t change the libel laws. That’s preposterous.”

As Shep rightfully points out, the president can’t change laws. Only Congress can.

And Congress can only change federal laws. Libel laws vary state to state.

Lord, can someone inform Trump about such issues before he goes off half-cocked and says these stupid things?