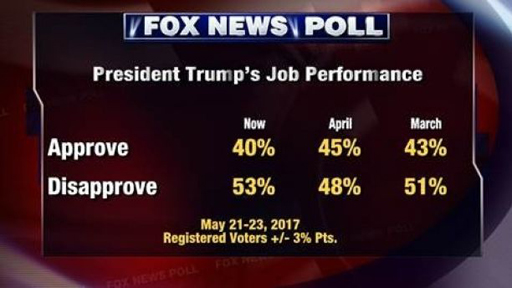 Now, when you’re a Republican president and your approval numbers drop like this in a Fox News poll, you’re in some kind of trouble.

According to the latest Fox News poll:

• President Trump’s approval numbers are down to 40% from 45% last month in the same poll.

• Trump shows erosion of support among whites without a college degree, falling 9 points from last month to 53% this month.

• Back in December only 32% of respondents believed Russia’s influence aided Trump in the presidential election. Now, that number has grown to 44%. 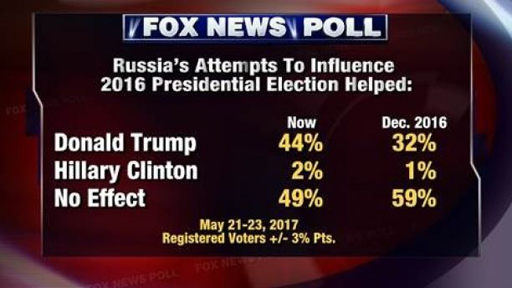