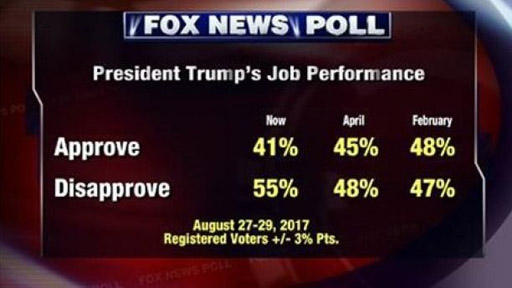 In his worst showing yet, Donald Trump’s approval numbers in the latest Fox News Poll – FOX NEWS POLL!!! – have fallen to his lowest numbers in the poll since taking office.

Only 41% of those surveyed approve of the job Trump is doing as president while 55% disapprove. 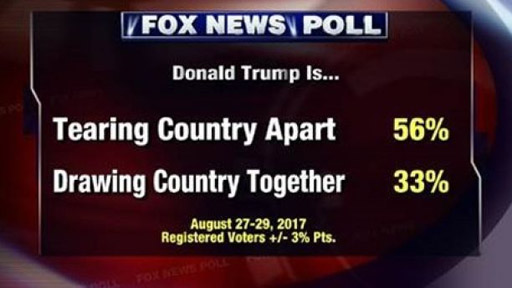 His handling of race relations shows a large weak spot for Trump as 56% believe Trump doesn’t respect racial minorities, and only 35% approved of his handling of the Charlottesville hate rally debacle.

More results over at Fox News.