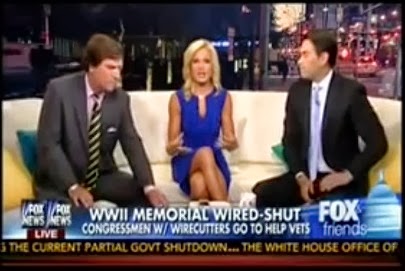 Imagine how dumb this Fox News host must feel…

Fox and Friends host Anna Koolman was discussing the closure of the World War II memorial in Washington during the shutdown Saturday, and claimed “President Obama has offered to pay out of his own pocket for the museum of Muslim culture” while allowing the memorial to remain shuttered.

Of course, this just gives even more credence to the fact that Fox and Friends doesn’t know what they are talking about – truth or fiction. All the same to them.