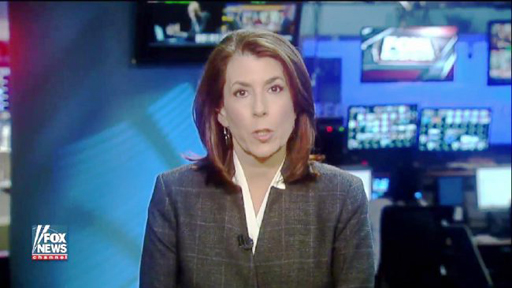 Last Friday, Fox News contributor Tammy Bruce criticized a 10 year old boy after he approached Vice President Mike Pence and asked for an apology after Pence accidentally hit him in the face during an event at the White House.

On the air with Bill Hemmer (sitting in for an absent Tucker Carlson), Bruce mocked the boy because video seemed to show that Pence had barely made physical contact with him while he was attending an event at the White House.

“I guess we’re giving birth to snowflakes now, because that looked like that kid needed a safe space in that room,” she said during the segment.

As many know, “snowflakes” is what the far-right nut jobs call liberals today intimating that liberals are “fragile.”

What Bruce didn’t know was that the 10 year-old boy, named Michael, is from a military family and on the autism spectrum. And Bruce’s comments triggered a wave of hateful comments directed at the boy and his family on social media.

During an interview with CNN host Jake Tapper, the boy’s mother – Dr. Ingrid Herrera-Yee – shared that she was “devastated” at the way the Fox folks talked about her son. It was clear to her that they knew nothing of Michael and were attempting to make some political point using the boy’s actions.

Herrera-Yee ended her interview with this clear (and fair) request:

“Please don’t use kids. Whether they’re typically developing kids — it doesn’t matter that he’s autistic or a military kid. Forget all that. He’s a kid. And you don’t use children as examples on national television like that.”

Watch the CNN segment with Tapper and Herrera-Yee below:

After the whole episode became a viral “thing,” Bruce issued an apology today:

First of all, I am so sorry to the family. My intention was never to hurt a kid and his mom. We had absolutely no idea that Michael was on the autism spectrum and, as a gay woman and feminist, I’ve spent my adult life working to improve the lives of women and children and those who are disenfranchised. I get it and I apologize. I also appreciated the boy’s mother’s public comments and clarity on this. A main lesson here, no matter intent, is to leave kids out of our political discussions. We certainly agree on this.

I give Bruce credit: that is an actual apology. Good for her.

Normally, I find this kind of sniping to be silly. And, of course, cable news folks should not be making fun of children. Autism spectrum or not.

But I did want to post this episode here because my brother is on the autism spectrum. And my whole life I’ve watch people make fun of, and make assumptions, about my brother.

But what are those folks really criticizing? Being polite? Or arguing for the right to make fun of children?

We don’t really know anyone’s story. A brief incident somewhere doesn’t inform us of what someone deals with every day.

So, let’s lay off criticizing children. And perhaps be a little nicer about people we don’t know.