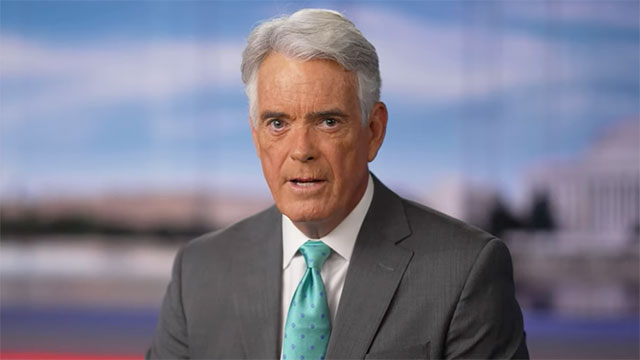 Fox News anchor John Roberts not only walked back but deleted a tweet on Monday regarding the passing of former Secretary of State Colin Powell death from COVID-19 complications. His original tweet suggested Powell’s death could raise “new concerns” about the long-term efficacy of vaccinations.

Powell, who was 84-years-old and fully vaccinated according to his family, had been diagnosed from multiple myeloma, a type of blood cancer that weakens the body’s ability to protect against infections.

It was met with an immediate backlash online, where plenty of those responding noted that Powell’s age and specific health history put him at a higher risk for COVID-19.

According to the Centers for Disease Control and Prevention, among the 187 million vaccinated Americans, there have been roughly 7,000 breakthrough cases resulting in death, Peter Hotez of the Baylor College of Medicine noted. 6,000 of those are over the age of 65, suggesting a breakthrough case leading to death is extremely rare.

After catching a lot of flack for his tweet, Roberts deleted the post and attempted to explain himself:

I deleted my tweet about the tragic death of Colin Powell because many people interpreted it as anti-vax. It was not. I was excited to get vaccinated, hoping it would help speed a return to 'normal life'. I also did a PSA on Fox encouraging vaccination for those able….

..we live in the same town, and we would occasionally run into each at the local sandwich shop. His death is a loss for our community and our country.
I plan to get a booster as soon as possible.

Yeah, you were “just asking questions.” Not anti-vax, just “raising concerns” about its efficacy based on the death of a famous vaccinated person with blood cancer. Your explanation is as lame and dangerous as both your tweet and your employer’s messaging.

You deleted the tweet but the targeted audience received the misinformation loud and clear. We know exactly what you’re doing.

The apologies and walk-backs never go viral. They specifically rely upon that. If we truly were sorry, he’d admonish his company for CONTINUING to spread misinformation regarding the vaccine and the virus.