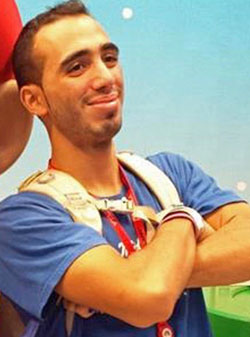 A former FDNY firefighter in Queens, New York, has filed a lawsuit alleging mental and emotional stress during his probationary period that included “hazing rituals” and homophobic slurs.

Michael Troina is seeking unspecified damages for being “singled out time and time again on account of his race and national origin as a Hispanic American male as well as perceived homosexuality . . . and was further threatened with physical violence if he dared to report any incident of battery, harassment or discrimination to the FDNY’s Equal Employment Opportunity Office,” according to the New York Post.

Troina says during his probation period he was called a “closet homo;” was told being Hispanic made him bad at his job; and was forced to eat orange juice with a fork from 12 different plates.

He claims co-workers “coerced” him into going to a strip club where he was encouraged to have sex with a stripper to prove his manhood. When he refused, he says he was called “faggot” and “loser.”

Troina also says he was excluded from a firehouse volleyball outing where he was later informed he was rundown with homophobic insults.

Last year, the Post reported on the aspiring firefighter’s story saying, “firefighters covered his car in peanut butter, toilet paper and nails; challenged him to fight; shoved him; called him a ‘bitch,’ ‘loser’ and ‘fa—t’; put up mocking photos of him, and stomped on his bunker gear.”

Troina says when he reported incidents to his superiors he was told to “not take it too hard.”

Troina was fired one week before the end of his probation period. The FDNY says he was dismissed after a “failed evaluation.”