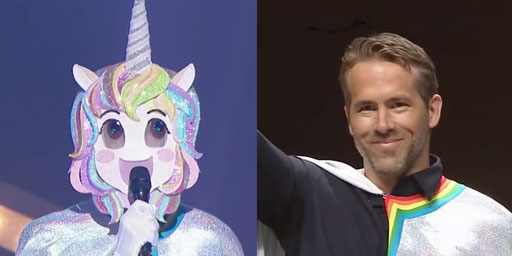 We always knew Ryan Reynold was the rainbow unicorn we’ve been waiting for all our lives.

And now we have proof.

The Deadpool star recently appeared on the South Korean reality competition King of Mask Singer which challenges contestants wearing silly, absurd costumes (like a rainbow unicorn for example) to try and win the judges votes.

As part of his promo tour for the upcoming Deadpool 2, Reynolds belted out his rendition of “Tomorrow” from the Broadway classic musical Annie while the judges and audience were stupefied over who could possibly be the man-behind-the-mask.

And then came the reveal: