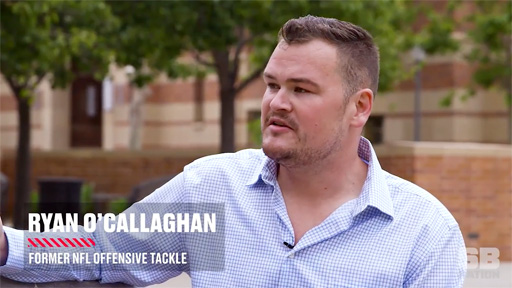 O’Callaghan learned very quickly that football was the best place in the world for a gay teenager to hide. The brute, physical nature of the sport went against every stereotype of gay men he knew. At his size, few people would suspect he was gay, and if he was a football player on top of that, he felt his secret would be buried.

“No one is going to assume the big football player is gay,” he said. “It’s why a football team is such a good place to hide.

So he dove into football and made a pact with himself: As long as he put on those pads, he was good to go. Once football was over, he’d take a gun to his head and end it all. That was the deal, and he would hold himself to it.

Watch the video interview below, but make sure you head over to the full article here.