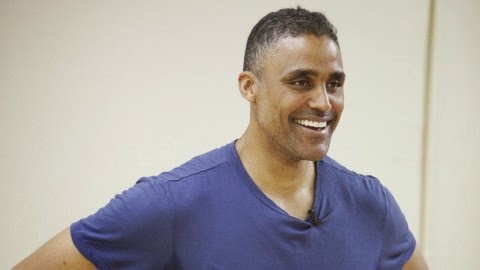 Actor and former NBA player for the Lakers tells Larry King that he believes gay players have always been in pro sports, and he believes Michael Sam and Jason Collins are brave to coming out:

KING: Gays in sports. We have them now in the NFL, NBA, think that’s coming and think that’ll be accepted?

FOX: I think it’s been here, the acceptance of it will grow with time. Jason Collins, and Michael Sam recently in football; brave men for stepping out and being a voice and standing for their own. First standing for themselves, and being role models for other gay men and women who are in the workplace and want to be expressed, so the acceptance now and the growth comes from their teammates and the league.

KING: You say it’s always been here, did you know gay players?

FOX: I didn’t know gay players, I just know as I’ve evolved as an actor and being around Hollywood and working with gay men and women, the understanding of just the community itself, gave me insight into how difficult its been for gay men and women to live and how covered they’ve lived for so many years. So I just look at them and think its been, there has to have been gay men and women who haven’t felt safe enough to express themselves.

KING: When more come open, do you think it’s going to be accepted readily in NBA locker rooms?

You can watch the entire interview here.