Donald Trump reminded people of his less-than-firm grasp of the English language when he dispatched a grammatically challenged statement over the weekend that inadvertently called his own supporters “stupid” and “corrupt.”

The statement read: “Anybody that doesn’t think there wasn’t massive election fraud in the 2020 presidential election is either very stupid, or very corrupt!”

Apparently he never learned about the pitfalls of double negatives.

While the former guy continues to push baseless theories of “widespread fraud” during the 2020 election, election experts and investigators have found no proof to support his claims. 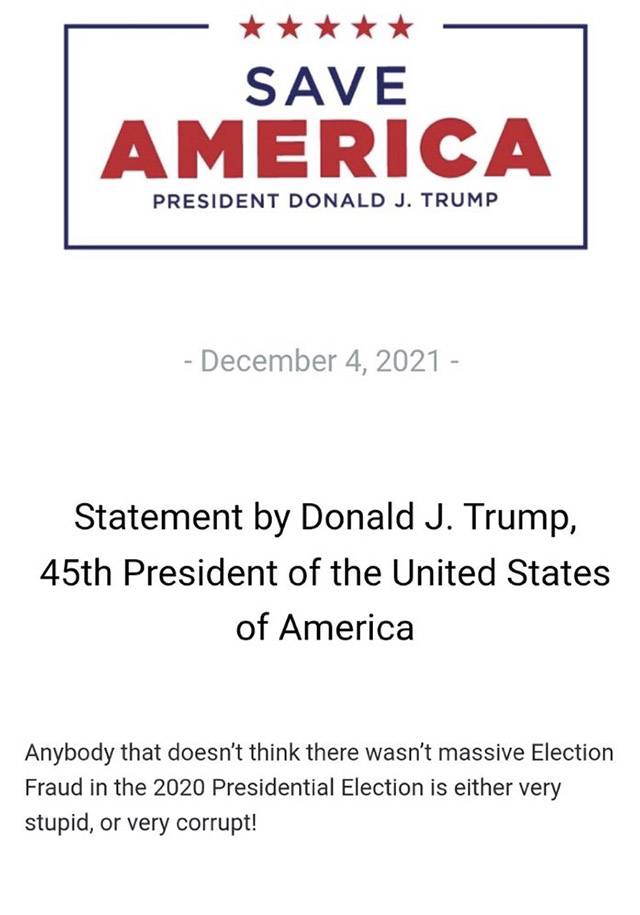 And here is sad sack loser drunk Uncle Trump again tonight whining and crying about how unfair the world has been to him. What a snowflake ❄️ loser! pic.twitter.com/nGgABSw9DY