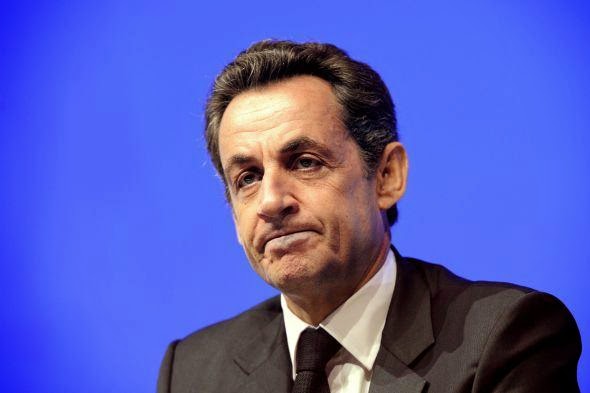 Nicholas Sarkozy, the former president of France, has called for the repeal of same-sex marriage in France.

It’s worth noting that Sarkozy has been married three times (sanctity of marriage my ass…), and in July of this year was arrested and charged with corruption on allegations that he interfered with an investigation seeking to prove that he “received up to €50 million in illegal campaign financing from the late Libyan dictator Muammar Gaddafi.”

Just the kind of person you want to represent you and your concerns, right?

Sarkozy is campaigning to lead the opposition centre-right UMP party and is expected to run again for president in 2017.

Referring to the “mariage pour tous” or “marriage for all” legislation passed by France’s Socialist government last year, he said it needed “rewriting from top to bottom”.

The former president has been critical of same-sex marriage in the past saying it was “humiliating families and humiliating people who love the family”, but it is the first time he has called for its repeal.

A recent Ifop poll shows 68% of respondents supported same-sex unions and 53% supported adoption by same-sex couples, which is illegal in France.