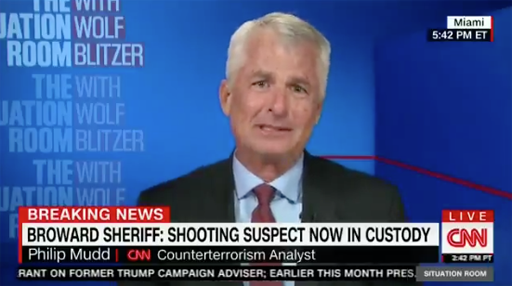 Just when you think we might grow immune to these mass shootings (like the GOP has), today we saw a tough, experienced former FBI agent break down in tears over today’s shooting in Florida.

Philip Mudd is about as tough as you can get. He’s interviewed terrorists without blinking.

“I can’t do it, Wolf,” he told CNN’s Wolff Blitzer. “I’m sorry, I can’t do it.” Blitzer mercifully moved on to another analyst.

I’ve never seen him get emotional in any way when explaining the whys and wherefores of terrorist events.

This is rough. America has had enough.

Thanks for the prayers and condolences, but can our lawmakers do SOMETHING?