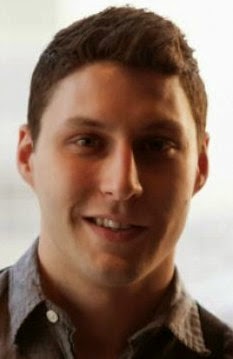 After years of being used as an “ex-gay” poster boy, Christian Schizzel has come out publicly against the techniques and practices used to try and change his sexuality.  Says Schizzel of the “ex-gay” movement, “I won’t be a weapon anymore.”

In an exclusive interview with RNS, Christian tells about his experience with the Janet Boynes Ministries and The Bachmann & Associates counseling centers, the latter operation owned by U.S. Rep. Michelle Bachmann and husband Marcus Bachmann. Both entities were associated with the now closed Exodus International but are currently still in business. (No response yet for comment. Will update post if that changes.)

At nine years of age, Christian was sexually and physically abused by his step father — a missionary who used Bible verses to silence Christian into submission. He even used scripture during the acts itself to justify the abuse. Years later at the age of 18, after coming out to friends and family, Christian was encouraged to seek help at the ministry. It was there that they used this horrific experience to pinpoint the “cause” of Christian’s sexuality, although Christian said he knew about his sexuality before the abuse.

“Coming out publicly and sharing is important to me because my sexuality has been exploited my whole life by the Christian community both knowingly and un-knowingly.”

Christian ends the Q&A by saying he considers his sexuality a natural gift from God, and urges those who support reparative therapy to rethink it’s harmful and excruciatingly painful practice.