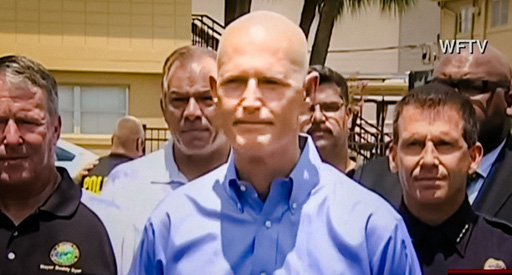 It’s worth noting that 21 is the minimum age in Florida to be able to buy a handgun.

So, deadly military-style rifles have been A-ok for 18-year-olds but not handguns?

The proposed change in Florida gun laws could have prevented Nikolas Cruz from killing 17 people at his former high school in Parkland, Florida, last week.

Scott also said he would support banning “bump stocks,” which can enable a semiautomatic rifle fire even faster, and request $500 million for mental health and school safety programs which would include requiring at least one armed police officer per 1,000 students in public schools.

Donald Trump announced Thursday that he supports raising the legal age from 18 to 21.

Trump has also proposed arming teachers with concealed guns and giving them a “bonus” for protecting students in violent gun situations. Scott has openly opposed that idea.

It comes as no surprise, though, that the National Rifle Association opposes any changes to gun safety laws.

JUST IN: Florida Gov. Rick Scott proposes changes he’d like to push through state legislature, including