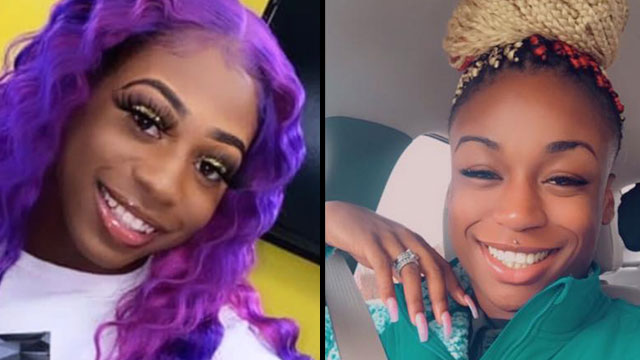 The National Black Justice Coalition reports that, in just the past week, at least 5 Black trans women were violently murdered.

• On Tuesday, June 30, Merci Mack, a 22-year-old in Dallas, Texas, was found murdered from an apparent gunshot wound to the head.

• Social media has also reported that Tatiana Hall was murdered in Philadelphia, but little additional information has been made publicly available. These deaths — all in the last week — bring the number of trans people violently killed this year to 22.

Additionally, Brayla Stone was just 17 when she was murdered in late June. And two Black trans women in their twenties, Riah Milton and Dominique “Remmie” Fells, were also murdered in early June.

“I dream of a world where we don’t have to wake up to see headlines of more of our sisters killed because of who they are and how they show up in the world. A world where the beautifully diverse contributions of Black trans women and girls are celebrated, not one where their lives are reduced to memes and hashtags. As we have marched in the streets for the past five weeks, and fought for our lives for the past 400 years, we must ensure that we are uplifting, supporting, and protecting our Black trans sisters too. For Black Lives to Matter, Black Trans Lives must Matter too.

“As we fight to overturn racist systems, we must fight to overturn the patriarchal systems that continue to perpetuate violence against Black women and girls, both Trans and Cis. Black women and girls have been leading the charge to fight police brutality and imagine a better future rooted in collective liberation. We must stand up and dream of a better world for them too. Merci, Draya, Shakie, Bree, and Tatiana mattered. Brayla, Riah, and Remmie mattered.

“We have to make space to talk, both publicly and privately, about the labor that Black women and girls invest to ensure that our families, community, and country are safe and supportive spaces in spite of anti-Blackness. We also have to talk about the violence they face from grown boys who also allow their pain and trauma to go undiscussed and untreated. As we call for justice for Black people, we must call for and work toward justice for all Black people.”