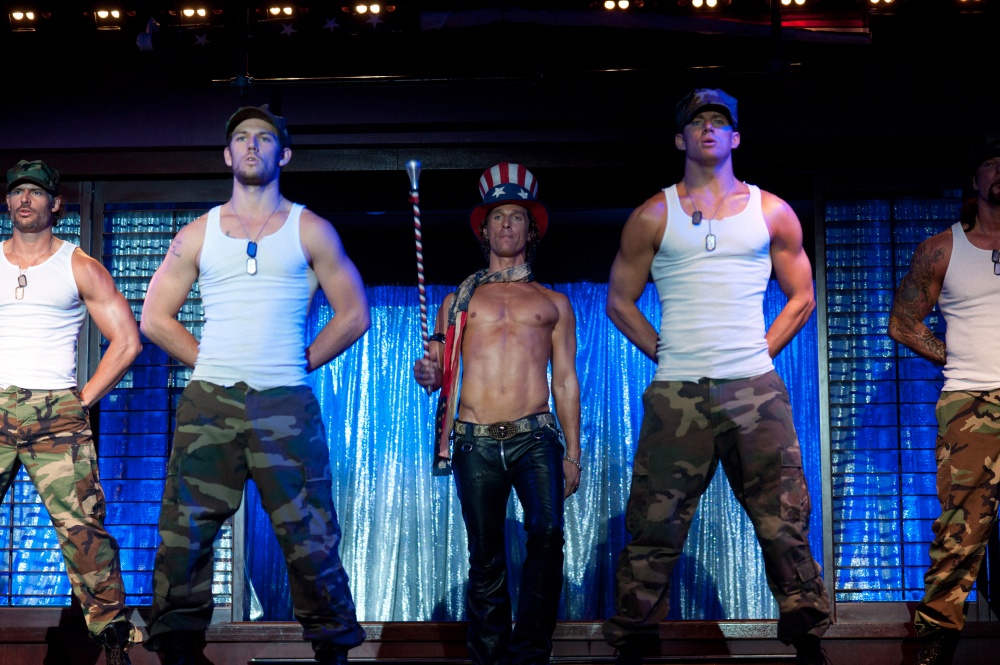 Director Steven Soderbergh explores the world of male strippers with Magic Mike, and ahead of the film’s June 2012 release, Warner Bros. has unleashed the first still from the dramedy.

Stars Channing Tatum, Alex Pettyfer, Joe Manganiello and Matthew McConaughey are all accounted for in the photo, with the latter apparently dressed as a shirtless Uncle Sam. The rest of the actors, all of whom play strippers in the movie, are only showing off their arms for now.

Magic Mike is inspired by Tatum’s experiences working as a stripper before his acting career took off. But instead of the lead, Tatum plays the mentor to Pettyfer’s character, a performer in the troupe.

Said Manganiello in October about his character: “Big Dick Richie? That’s the reason to do it. There’s definitely a scene that will answer those questions. Everybody kinda does their own thing…Big sexy Kevin Nash has his Tarzan thing, I’ve got my fireman thing, Matt Bomer’s got a doctor thing going on, Adam Rodriguez does a Latino lover bit.”