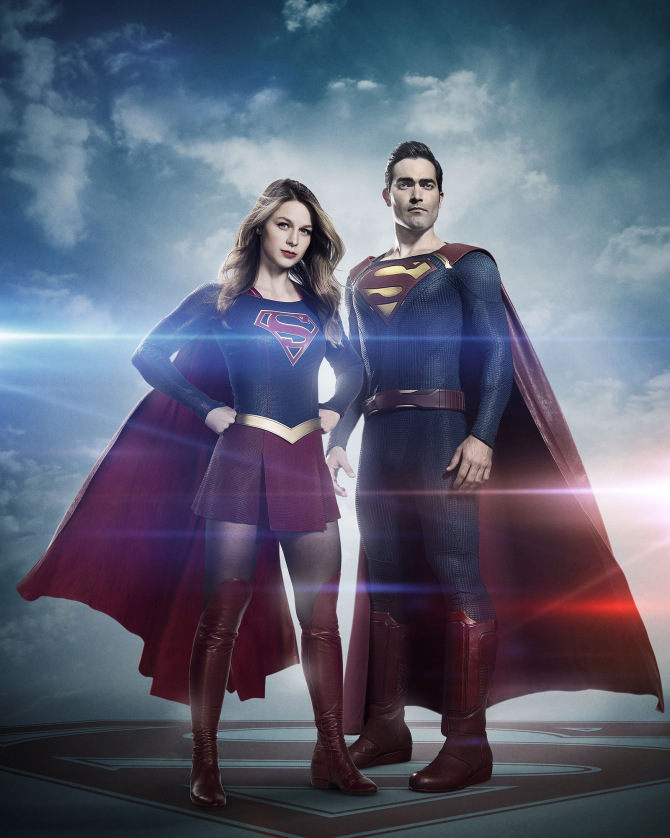 We get our first look of former Teen Wolf star Tyler Hoechlin in costume as “Superman” ahead of the his debut in Season 2 of Supergirl.

Hoechlin will appear as Clark Kent/Kal-El in the “Supergirl” Season 2 premiere, where the Man of Steel will visit his cousin Kara (Melissa Benoist) in National City.

This version of the iconic costume was designed by “Supergirl” costume designer Kiersten Ronning, and shares similarities with the big screen iteration of the Superman costume worn by Henry Cavill in the films “Man of Steel” and “Batman v Superman: Dawn of Justice,” once again eschewing the iconic hero’s red shorts for a more streamlined design.

Variety goes on to say that, according to producers who spoke at Comic-Con, Supergirl will be having some differences of opinion with her famous cousin. So it’s not going to be all roses and reunions with Superman on the scene.