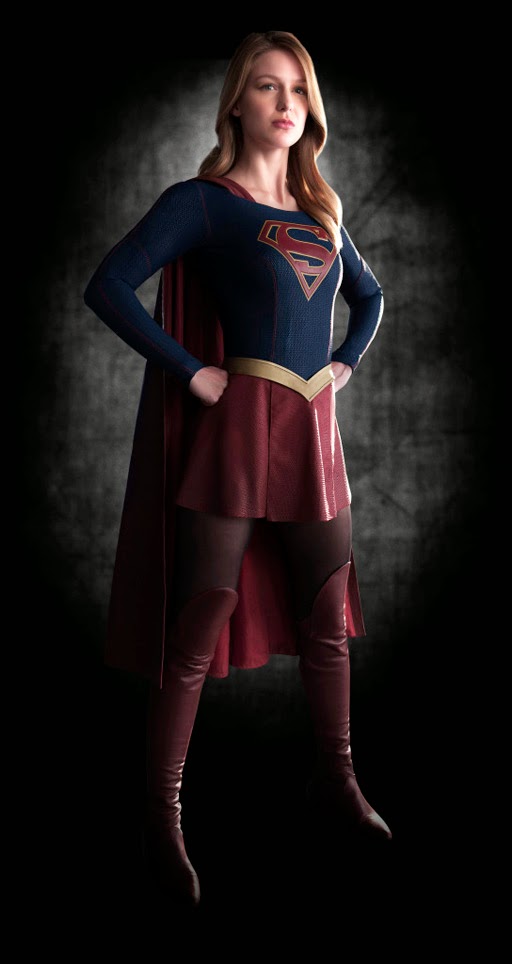 As production begins on the upcoming CBS pilot for Supergirl (exec produced by Greg Berlanti), we get our first look at what the Girl Of Steel will look like in costume.

See the pic above of Melissa Benoist (GLEE, Whiplash) as “Kara Danvers/Kara Zor-el” in her costume designed by 3-time Oscar winner Colleen Atwood, who also designed the costumes for current DC Comics TV series Arrow and The Flash.

Looking to land in the CBS schedule for 2015/2016 season, the show will follow Kara as she comes to Earth as a 24 year old and learns to become the super-hero she’s meant to be.

Of course, for the serious fans, you’ve got to love this bit of casting news: Helen Slater, who starred in the 1984 “Supergirl” feature, and Superman vet Dean Cain (Lois & Clark: The New Adventures of Superman) have been announced for future episodes but the roles have been kept under wraps.

Looking forward to it!