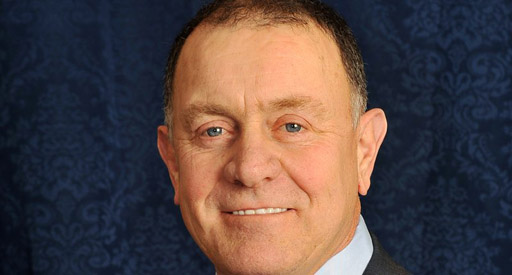 Congressman Richard Hanna has the distinction of being the first Republican member of Congress to publicly declare that he will be voting for Hillary Clinton in the 2016 presidential race on November 8.

In a recent interview, Hanna cited the now commonly repeated issue now swirling around the Donald Trump campaign in the race for the White House – that Trump is “unfit to serve our party and cannot lead this country.”

“I think Trump is a national embarrassment. Is he really the guy you want to have the nuclear codes?” he asked.

The congressman said that he’s considered voting for Clinton for a few months, and that Trump’s attacks the parents of a deceased Muslim American soldier were the last straw.

“I saw that and felt incensed,” Hanna told Syracuse.com. “I was stunned by the callousness of his comments.”

Hanna also wrote an op-ed on Syracuse.com spelling out why he cannot support Trump and will instead vote for Hillary Clinton.

“Secretary Clinton has issues that depending on where one stands can be viewed as great or small. But she stands and has stood for causes bigger than herself for a lifetime. That matters,” he wrote. “Mrs. Clinton has promoted many of the issues I have been committed to over the years including expanding education and supporting women’s health care.”

“While I disagree with her on many issues, I will vote for Mrs. Clinton. I will be hopeful and resolute in my belief that being a good American who loves his country is far more important than parties or winning and losing,” he added.

UPDATE: Republican Congressman Adam Kinzinger of Illinois has now joined the list of GOP lawmakers who will not vote for Trump.