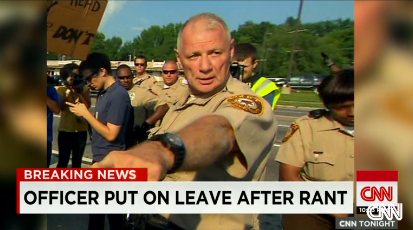 The police officer who pushed CNN anchor Don Lemon during a live newscast from Ferguson, Missouri, has taken early retirement (with full benefits!) after being racist, homophobic video rants came to light.

Dan Page, a St. Louis County police officer, had been suspended but opted to retire to avoid further investigation, reports MSNBC. His last day was Monday.

Page pushed Lemon and others during the out journalist’s coverage of protests in Ferguson over the fatal shooting of unarmed black man Michael Brown. Afterward, Lemon notified Page’s supervisors about a speech the officer gave in 2012 to an organization called Oath Keepers, the St. Louis Post-Dispatch reported.

In video of the hour-long rant, Page calls gay people in the military “sickening” and “pitiful,” rails against hate-crimes laws, and says four of the U.S. Supreme Court’s justices are “homosexual sodomites.” He calls President Obama “that illegal alien who claims to be our president,” says Muslims “will kill you,” and advises women to relax about “domestic violence stuff,” as couples who don’t get along should “just shoot each other and get it over with.”

He also warns Missouri’s U.S. senators, Claire McCaskill and Roy Blunt, that he is “real good with a rifle,” and says that while he is a Christian, he is nonetheless proud of being a killer. “I’ve killed a lot,” says Page, a former Green Beret and 35-year veteran of the police department. “And if I need to, I’ll kill a whole bunch more…. God did not raise me to be a coward.”

In related news, the Ferguson police have begun wearing body cameras to help capture an accurate record of police-involved incidents. 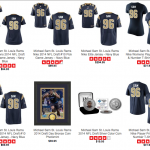 NFL continues to make money off of Michael Sam 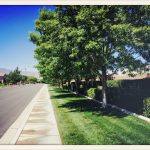 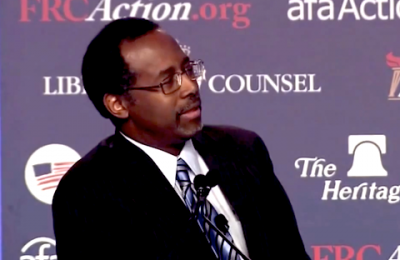 Ben Carson: Obamacare is the worst thing to happen to America since slavery 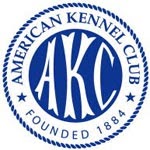 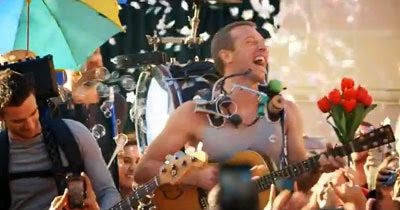