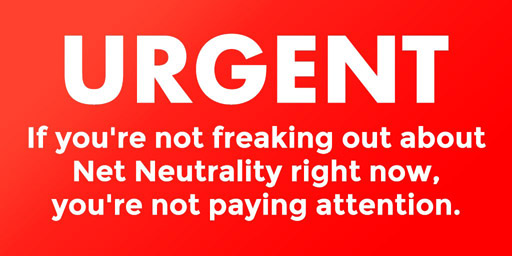 The agency scrapped the so-called net neutrality regulations that prohibited broadband providers from blocking websites or charging for higher-quality service or certain content. The federal government will also no longer regulate high-speed internet delivery as if it were a utility, like phone service.

The action reversed the agency’s 2015 decision, during the Obama administration, to better protect Americans as they have migrated to the internet for most communications. It will take a couple of weeks for the changes go into effect, but groups opposed to the action have already announced plans to sue the agency to restore the net neutrality regulations. Those suits could take many months to be resolved.

Wow America I feel sorry for you guys. Luckily I have a solution to #NetNeutrality all you have to do is

BREAKING: The FCC just voted to dismantle #netneutrality. This represents a radical departure that risks erosion of the biggest free speech platform the world has ever known.

“What saddens me the most today is that the agency that is supposed to protect you is actually abandoning you.” pic.twitter.com/HgJm36id4s