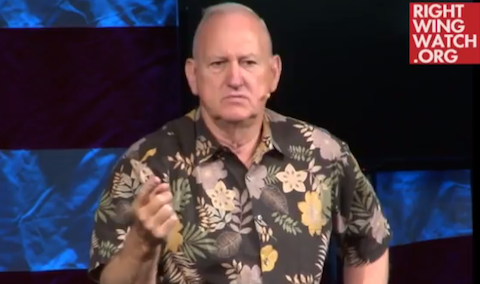 This just strikes me as an odd kind of thing for a conservative, anti-gay leader to be talking about.  (And by the way, for a man who seems concerned about masculine and feminine – curious choice of shirt to wear…)

According to Boykin, Jesus was a carpenter and stone mason for most of his life, which required him to be constantly lifting heavy pieces of wood and stone. All this lifting, in turn, meant that Jesus had calluses on his hands and “big, bulging biceps, big ole veins popping out of his arms, thin waist, [and] strong shoulders.”