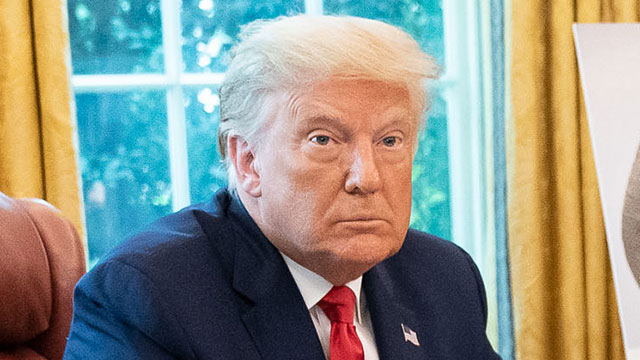 The Facebook Oversight Board (made up of lawyers, activists and journalists) announced its decision this morning to uphold the ban of ‘former guy’ Donald Trump from the social media platform.

Facebook’s Oversight Board, which acts as a quasi-court over the company’s content decisions, said the social network was right to bar Mr. Trump after the insurrection in Washington in January, saying he “created an environment where a serious risk of violence was possible.” The panel said the ongoing risk of violence “justified” the move.

But the board also said that an indefinite suspension was “not appropriate,” and that the company should apply a “defined penalty.” The board gave Facebook six months to make its final decision on Mr. Trump’s account status.

Sifting through Twitter, it seems most folks were very surprised Facebook’s Oversight Board upheld the decision.

Trump released a statement calling the decision a “total disgrace.”

“What Facebook, Twitter, and Google have done is a total disgrace and an embarrassment to our Country,” read Trump’s statement. “Free Speech has been taken away from the President of the United States because the Radical Left Lunatics are afraid of the truth, but the truth will come out anyway, bigger and stronger than ever before.”

Trump statement following the news from Facebook's Oversight Board upholding its ban on him pic.twitter.com/o6lfGdKYnl

The Left’s cancel culture is out of control. Facebook’s ban of Trump is just more proof.

Big Tech has a choice: Have the same standards for ALL—or—we look at antitrust laws to limit their monopolistic power.

If they can ban President Trump, all conservative voices could be next.

A House Republican majority will rein in big tech power over our speech.

It's a private company. They have a Terms of Service. They're enforcing it. You live by it. Trump can too.

"A free society" means a private enterprise can run its business the way it wants. If you as a free citizen don't like that, use our free market and go somewhere else.

Donald Trump is no voiceless victim. He earned his suspension from Facebook by spreading dangerous, violence-inciting lies. Our nation is still living with the consequences of the deadly insurrection Trump incited, & there is a clear & present danger that he will do it again. https://t.co/8LWbSDoKbJ