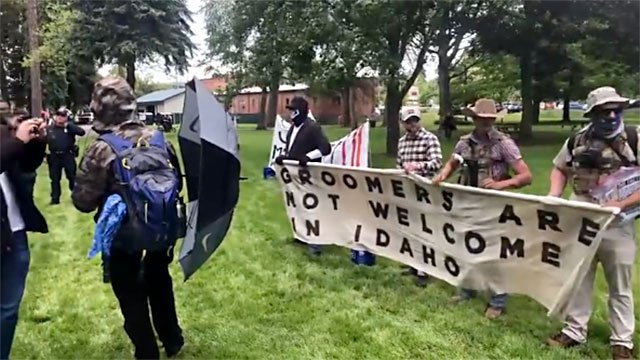 “Pride in the Park” returned to Coeur d’Alene City Park in Idaho today after a two-year hiatus. But the family-friendly event was threatened by the far-right Panhandle Patriots who sought to clash with the LGBTQ event armed with guns.

In a video addressing a community meeting in Kootenai County, the Panhandle Patriots threatened a counter event in the same park on Saturday. The group states they are a North Idaho group of motorcycling patriots who stand up for the Constitution and community. 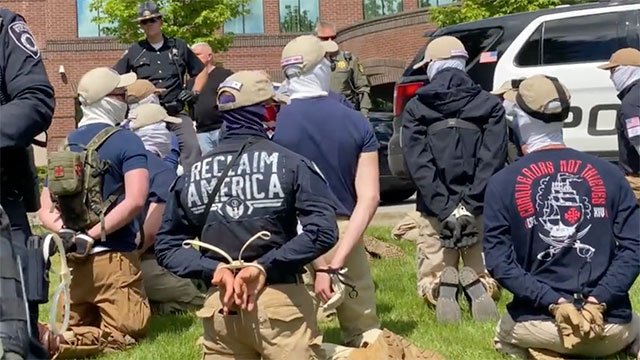 In their video, the rhetoric used by Panhandle patriots was seemingly calling for violence, stating, “We’re having an event the very same day. That very same day, we actually intend to go head to head with these people. A line must be drawn in the sand.

RC Panhandle Patriots president, Michael Birdsong, said it was taken out of context.

“We have zero problems against anybody who is gay, or whatever they choose to call themselves, whatever gender,” Birdsong said. “I mean, it’s not our lifestyle, but we are not people to judge.”

But it turns out the group DOES have problems with LGBTQ people.

After showing up at the peaceful Pride event with rifles and masks, law enforcement stepped and had to arrest several members of the extremist group Patriot Front.

In one of the clips below, the person recording the video asks how police knew anything was planned. The officer responds, “We had informants in their chats.”

By the way – the so-called Idaho Tribune (tweets below) is not a mainstream newspaper as the name would suggest. The Twitter account links to a far-right, extremist website.

Coeur d’Alene Police: “We had informants in their chats” pic.twitter.com/Cmbt0f7p5E

One mom I spoke says she’s trying to enjoy the event with her kids.

She says it’s important to be here, given today’s climate & the laws politicians are trying to pass re: LGBTQ+ rights.

To see those walking around with rifles with kids around is unsettling for her. @kxly4news pic.twitter.com/GghI6mTALS