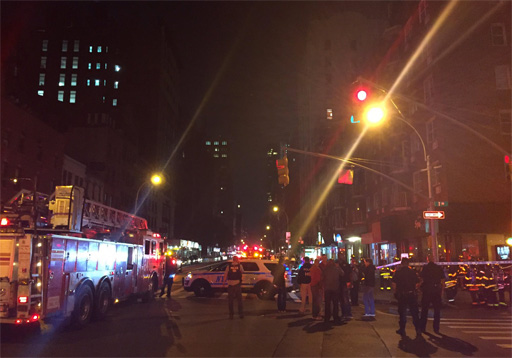 At least 25 people have been injured in the predominantly gay neighborhood of New York’s Chelsea neighborhood Saturday night.

None of the injuries appeared to be life-threatening, the New York City Fire Department tweeted.

The explosion was in a dumpster outside a 14-story residence for the blind, the New York Post reported.