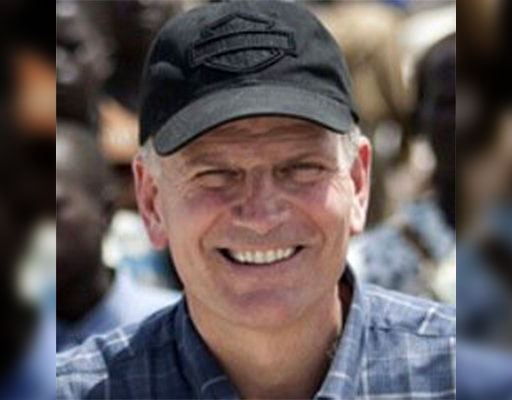 Evangelist Franklin Graham tweeted on Wednesday an attack on Democratic White House hopeful Mayor Pete Buttigieg for being gay and being in a same-sex marriage.

Graham took Buttigieg to task for being openly gay which the evangelist said was something the South Bend mayor should “be repentant of, not something to be flaunted, praised, or politicized.”

“The Bible says marriage is between a man & a woman—not two men, not two women,” added Graham. “The core of the Christian faith is believing and following Jesus Christ, who God sent to be the Savior of the world—to save us from sin, to save us from hell, to save us from eternal damnation.”

Presidential candidate & South Bend Mayor @PeteButtigieg is right—God doesn’t have a political party. But God does have commandments, laws & standards He gives us to live by. God doesn’t change. His Word is the same yesterday, today & forever. 1/3 https://t.co/QHDNY3pwzJ

Mayor Buttigieg says he’s a gay Christian. As a Christian I believe the Bible which defines homosexuality as sin, something to be repentant of, not something to be flaunted, praised or politicized. The Bible says marriage is between a man & a woman—not two men, not two women. 2/3

Graham has also called Melania Trump, who worked as a (sometimes nude) model in her time before the White House, as the “classiest First Lady our country has ever had.” 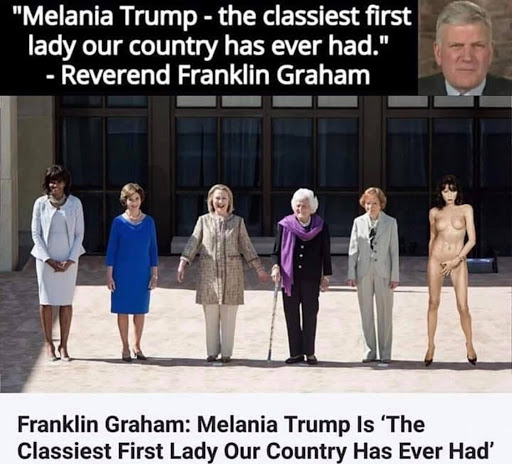 Buttigieg, who is a practicing Episcopalian, has been open about his religious beliefs. At a CNN town hall on Monday, he told the crowd he’s a proud gay Christian and feels that “God doesn’t have a political party.”

During an appearance on Ellen DeGeneres’ show, he said “I don’t have a problem with religion, I’m religious, too.”

He quickly added, “I have a problem with religion being used as justification to harm people.”

Buttigieg isn’t the only one who sees hypocrisy in action.

The Twitterverse was quick to respond to Graham.

@Franklin_Graham Your party’s President is a philanderer and a liar but you are willing look askance at those facts and come after an honest man that lives his faith and openly professes love to his partner. God is love. Quit twisting the Bible to breed hate.

Wake me up when Franklin Graham calls on Donald Trump to repent for being a serial sexual-assaulter and cheater. https://t.co/ubUNHUbXvM

Franklin Graham on Trump’s alleged affair with adult film star Stormy Daniels: “We just have to give the man the benefit of the doubt.” https://t.co/uGzJRYSWiT https://t.co/5nX0NbJydZ

Franklin Graham needs to repent for being a bigoted asshole who provided evangelical cover for philandering mobster Donald Trump. https://t.co/f3JSiHC0wX