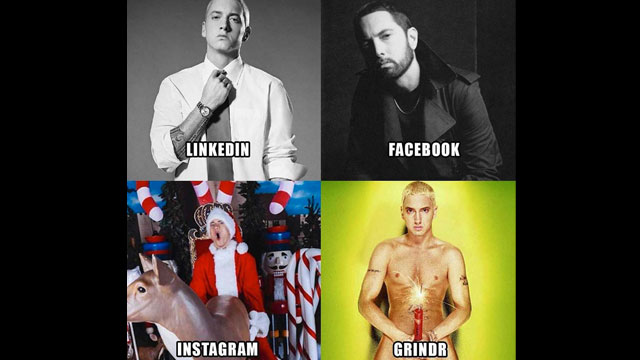 By now, I’m sure you’ve probably seen folks taking part in the Dolly Parton challenge where you post four photos of yourself. The idea is to include one appropriate for four social apps: Linkedin, Facebook, Instagram and Tinder.

Dolly began the craze by posting her own on Facebook with the caption, “Get you a woman who can do it all!” 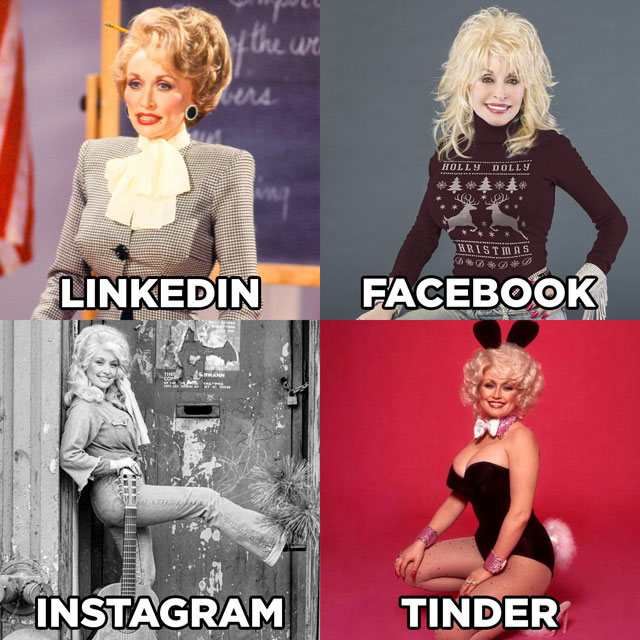 So, Grammy Award-winning rapper Eminem just posted his version on Twitter asking, “Did I do this right?”

Did I do this right? pic.twitter.com/ZkoV5T4yxB

The 47-year-old used a tasteful ‘shirt & tie’ pic for the Linkedin pic; for Facebook he featured a brooding, bearded photo; the Instagram image shows him dressed as Santa behind (?) a wooden reindeer; and for the final photo, he posed naked with a stick of dynamite covering his crotch but instead of ‘Tinder’ he used the name of the gay dating app Grindr.

Now, you have to wonder: is he playing at something here? Did he get it wrong? Did he think ‘playing gay’ would be more humorous?

Being provocative is old hat for Eminem.

His latest album, Music to Be Murdered By, definitely leans on some shock value.

In one track (“Darkness”), he raps from the perspective of the Las Vegas gunman who committed the largest mass shooting in the U.S. in 2017.

In “Unaccommodating,” he tosses off a line about the bombing at an Ariana Grande concert in 2017.