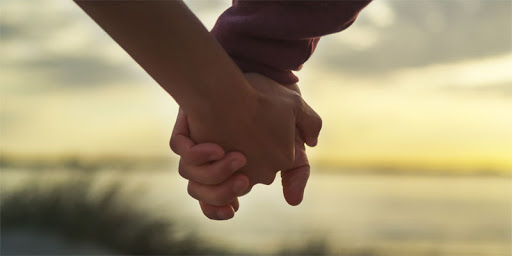 A young gay couple holding hands on a train and an overheard comment stirred powerful memories for a gay man who survived the terrifying heights of the AIDS epidemic.

Tucker Shaw, an editor for America’s Test Kitchen and Cook’s Country, took to Twitter recently to share a personal journey through a time not so long ago.

“I overheard a young man on the train on the way home today, talking to another young man,” Shaw begins. “Holding hands. In college, I guessed. About that age anyway. Much younger than I am.”

“He was talking about AIDS, in a scholarly way. About how it had galvanized the gay community. How it had spurred change. Paved the way to make things better, in the long run.”

“The long run,” he repeated.

“Maybe he’s right. I don’t know. It’s not the first time I’ve heard the theory. He spoke with clarity and with confidence. Youthful, full of conviction. But.”

And with that ‘but,’ Shaw began a look-back with a tone and manner that only experience could inform in order to express so vividly.

“Remember how terrible it was, not that long ago, during the worst times. How many beautiful friends died. One after the other. Brutally. Restlessly. Brittle and damp. In cold rooms with hot lights. Remember? Some nights, you’d sneak in to that hospital downtown after visiting hours, just to see who was around. It wasn’t hard.”

“You’d bring a boom box. Fresh gossip. Trashy magazines and cheap paperbacks. Hash brownies. Anything. Nothing. You’d get kicked out, but you’d sneak back in. Kicked out again. Back in again. Sometimes you’d recognize a friend. Sometimes you wouldn’t.”

“Other nights, you’d go out to dance and drink. A different distraction. You’d see a face in the dark, in the back of the bar. Is it you? Old friend! No. Not him. Just a ghost.”

“At work, you’d find an umbrella, one you’d borrowed a few rainstorms ago from a coworker. I should return it, you’d think. No. No need. He’s gone. It’s yours now. Season after season. Year after year.”

Then, Shaw seems to take a somewhat more personal turn.

“One day you’d get lucky and meet someone lovely. You’d feel happy, optimistic. You’d make plans. Together, you’d keep a list of names in a notebook you bought for thirty cents in Chinatown so you could remember who was still here and who wasn’t, because it was so easy to forget. But there were so many names to write down. Too many names. Names you didn’t want to write down. When he finally had to go too, you got rid of the notebook. No more names.”

“Your friends would come over with takeout and wine and you’d see how hard they tried not to ask when he was coming home because they knew he wasn’t coming home. No one came home. You’d turn 24. When he’d been gone long enough and it was time to get rid of his stuff, they’d say so. It’s time. And you’d do it, you’d give away the shirts, sweaters, jackets. Everything.”

Shaw then leans into even more detail.

“Air. You’d need air. You’d walk outside in the shoes, just to the stoop. You’d sit. A breeze. A neighbor steps past. ‘Great shoes,’ she’d say. But the shoes are too big for you. You’d sit for a while, maybe an hour, maybe more. Then you’d unlace the shoes, set them by the trash on the curb. You’d go back upstairs in your socks. The phone is ringing. More news.”

“The long run. Wasn’t that long ago.”

The touching Twitter thread has had over 70,000 likes and been retweeted more than 19,000 times.

Several added their own remembrances of the height of the AIDS epidemic.

One man, RacerXJax, shared, “This had me in tears. I used to go down to THE hospital and seek out the dying brothers who had no one. They would tell me their story. I was with so many when they died.”

Another reader, Randy X Ochoa, wrote, “Once read about a man who worked in a gay bar. Everyday he’d come in and this group of men would be huddled around a local gay newspaper looking at the reported aids related deaths. One day he came in and they were crying not bc someone died, but because no one had that day.”

Amalia Morris was clearly there: “NYC – 1985-91. St.Vincent’s hospital, Gary’s bedside, middle of the night. Nurse down the hall singing, ’see the pyramids along the Nile…’ hearing her walking into rooms, ‘goodnight angel.’ Fluorescent lights and beeping monitors. Memories are never far.”

And Andrew Wortman expressed his thanks, saying, “This is beautifully written and heartbreaking. Thanks for enlightening a millennial gay about this.”

You can find the full thread on Twitter here.