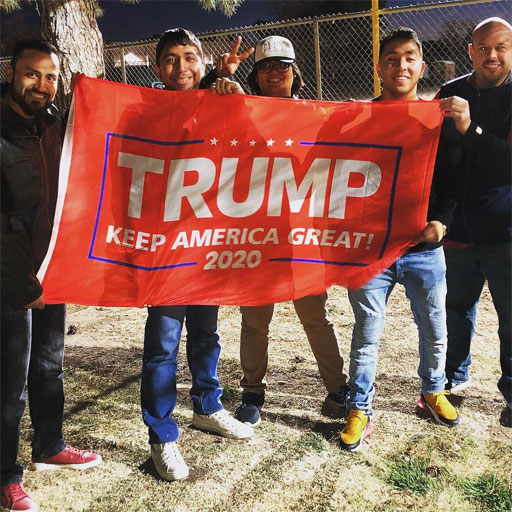 An owner of a gay bar in El Paso, Texas, has come under fire for attending Donald Trump’s recent rally in his city.

Johnny Alcantar, one of five owners of The Old Plantation (known as the OP), not only took in the event but posted photos on his Instagram with other Trump supporters next to a Trump banner. 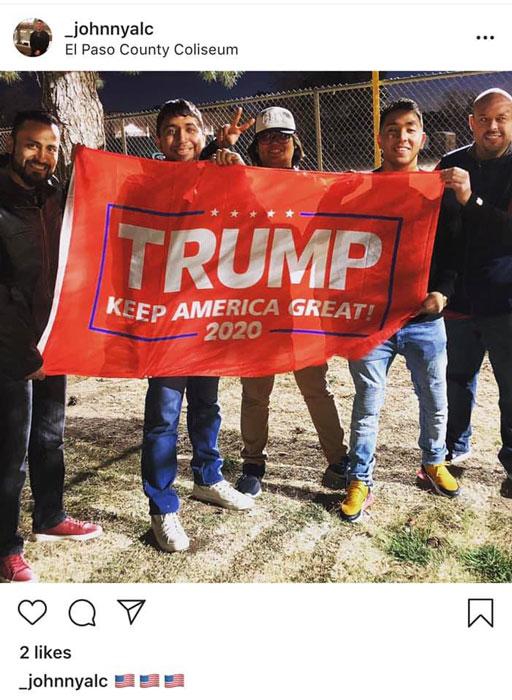 Alcantar has since disabled commenting on the post, but left the photo up.

A local drag queen and DJ, Puto Kahlo, noticed the post and shared it via social media saying he was “disgusted.”

In his Facebook post, Kahlo wrote, “Y’all, straight people are the first to try to profit off of our community and our art but won’t hesitate to support a man who has called trans people burdens, hasn’t done shit for community but try to erase us, degraded women, and perpetuated racist and xenophobic rhetoric.”

The post has been shared over 700 times at this writing.

Owner and CEO of the Old Plantation, Mark Adkins, apologized in a statement saying,”The Old Plantation Nightclub does NOT support Trump’s views or opinions especially towards our LGBTQ community.”

Adkins went on to say Alcantar is a minority stakeholder in the club and does not “represent The Old Plantation, its ownership or our community in any way.”

Additionally, the statement noted Alcantar had been spoken to about the Instagram post and “expressed his regret for posting about the rally on social media and his fundamental lack of knowledge about the ways in which Trump’s administration is working to stifle the rights of the LGBTQ community, as well as the rights of others in the greater El Paso community.”

The CEO closed his message saying, “It’s very easy to forget how to express and show love and respect when politicians, including our own president, are spreading division through their words and policies. We have faith, however, that love will always win.”

Local news station KTSM spoke with Alcantar who said he only attended the rally to see a sitting president.

“It was never my intention to hurt anyone,” Alcantar told KTSM. “I didn’t know the stuff that Trump was passing.”

“I don’t agree with everything that Donald Trump says,” he added, “But I have to support our President because he’s our current president; I don’t have any other choice.”

Alcantar also mentioned he “has gay friends and family members.”

Some members of the El Paso LGBTQ community are calling for a boycott of the club, which recently reopened after years of being shuttered.

Is it plausible a straight man who invested in a gay bar in Texas had no inkling of Donald Trump’s attacks on the LGBTQ community?

Should the local community hold the bar responsible for a “minority stakeholder” attending a Trump rally?