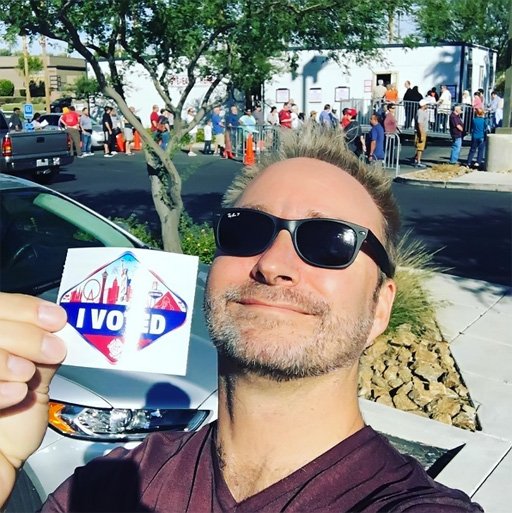 Long lines showing up all over the city (you can even vote at your grocery store!), but my polling place was moving along quite smoothly.

If you need info about where to vote in Las Vegas, click here.

Now go vote, and if you’ve already voted come see me today at Las Vegas PRIDE in Sunset Park. I’ll be hosting the mainstage from 5-7PM!

I love all the early voters at The Target plaza on S. Eastern. #Vote #Nevada #Vegas #VoteBlue #ImWithHer pic.twitter.com/TCP2imE5BM

It’s nearly 10 am but still a line of people waiting to vote early outside my local grocery store. #RJnow #EarlyVote pic.twitter.com/KCZwYdMKGn

I got my #earlyvote in for @HillaryClinton & @timkaine on the first day of early voting in #Nevada – GO VOTE! #ImWithHer #BetterTogether ✔👍 pic.twitter.com/cCD3HpOiQk