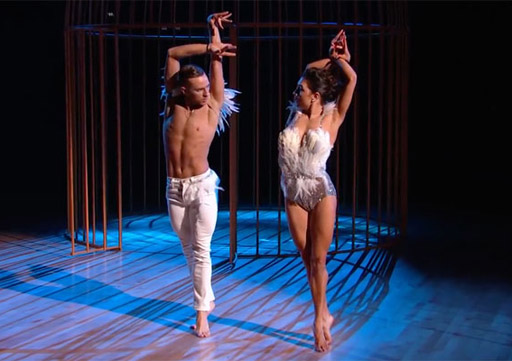 Believe it or not, we have just one week left in this “Athletes-only” edition of Dancing with the Stars, and Olympic bronze medalist (and self-proclaimed “America’s sweetheart”) Adam Rippon is crushing it.

I’ve been pulling for Adam from day one and he hasn’t disappointed.

Charming, self-deprecating and hard-working as hell, Rippon has been everything the TV show’s producers could have wanted.

Performing a contemporary dance last night to “O” by Coldplay (which Adam knows uber-well since he skated to it at the Winter Olympics), Team Rippon came to slay, and slay they did. 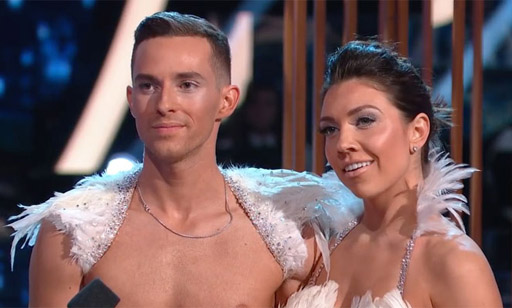 And the judges agreed.

DWTS season 24 runner-up David Ross: “By far my favorite dance of the night.”

Judge Bruno Tonioli: “You were like two birds of paradise – mesmerizing and enchanting. It’s impossible to tell who is the professional. This is a masterpiece of a dance.”

Judge Carrie Ann Inaba: “I love that you push yourself that hard. I just wanted to thank you. This is why artists create – to have moments like this. Where it’s just pure perfection.”

Team Adam received the evening’s high-score 39-of-40, which he dedicated to his mom, saying afterward: “The only thing that I’m thankful for is that I’m a beautiful crier.”

From where I stand, the mirror-ball trophy is Adam’s to lose. He’ll face off in the finals next week against fellow-figure skater Tonya Harding, and Washington Redskins defensive back Josh Norman.

Both did great – you can watch below to see who won to compete next week – but how could I pass up a chance to gaze again upon Mazdzer’s furry goodness?

He knows what he’s working with. Just saying…