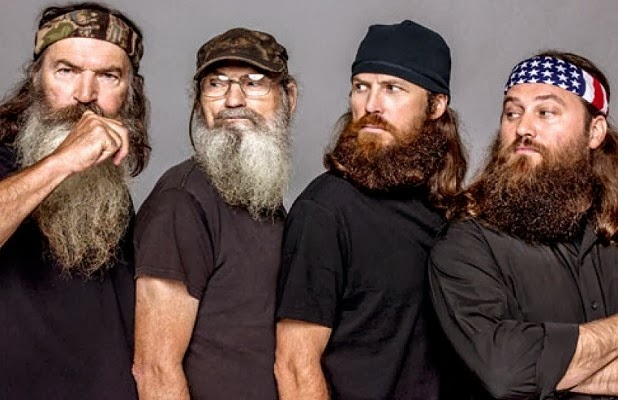 “Duck Dynasty” personality Phil Robertson has been suspended from the A&E reality series, following anti-gay remarks he made in an interview with GQ magazine.

In a statement, A+E Networks said he had been placed on indefinite hiatus.

“We are extremely disappointed to have read Phil Robertson’s comments in GQ, which are based on his own personal beliefs and are not reflected in the series ‘Duck Dynasty,’” the company said. “His personal views in no way reflect those of A+E Networks, who have always been strong supporters and champions of the LGBT community. The network has placed Phil under hiatus from filming indefinitely.”

“What’s clear is that such hateful anti-gay comments are unacceptable to fans, viewers, and networks alike,” Cruz said. “By taking quick action and removing Robertson from future filming, A&E has sent a strong message that discrimination is neither a Christian nor an American value.”

In his comments, Robertson compared equated homosexuality with bestiality, among other things.

Right wing websites are losing their minds saying this is an attack on free speech and the First Amendment. Quick refresher on a couple of things:

The 1st amendment does not mean you can say whatever you want to say. It only means the government cannot punish you. It was written aimed primarily at allowing people to criticize the government and governmental officials without reprimand.

Freedom of speech does not give you freedom from consequences. If you don’t believe me, go into work tomorrow and call your boss an “asshole” and see what the First Amendment does for you. It’s an easy exercise in how it all works.