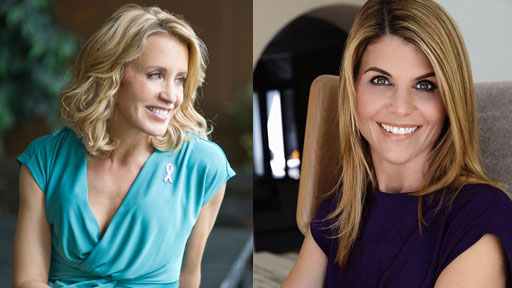 This looks to be the story of the day, especially with the inclusion of actresses Felicity Huffman (Desperate Housewives) and Lori Loughlin (Full House).

According to court filings, those indicted allegedly paid millions in bribes to get their children into elite colleges as well as cheating on entrance exams.

Federal prosecutors charged dozens of people on Tuesday in a major college admission scandal that involved wealthy parents, including Hollywood celebrities and prominent business leaders, paying bribes to get their children into elite American universities.

Thirty-three parents were charged in the case. Also implicated were top college coaches, who were accused of accepting millions of dollars to help admit students to Wake Forest, Yale, Stanford, the University of Southern California and other schools, regardless of their academic or sports ability, officials said.

Along with the Hollywood stars Lori Loughlin and Felicity Huffman, those charged included prominent business leaders, a fashion designer and a top lawyer, as well as exam administrators accused of manufacturing students’ achievements and private admissions counselors accused of coordinating it all, officials said.

Federal authorities say dozens of individuals were involved in a nationwide bribery and fraud scheme to help students gain admission to elite colleges and universities. Racketeering charges against 12 of the defendants are detailed in this indictment, one of a number of charging documents in the case.

William Rick Singer, the founder of the college preparatory business the Edge College & Career Network (aka The Key), is apparently at the center of the scandal.

Singer has already pleaded guilty to charges and is reportedly cooperating with federal prosecutors.

His organization allegedly helped students cheat on standardized tests, like the SAT, and facilitated bribes to prep coaches who helped students gain access into college with fake athletic credentials.

The Hollywood Reporter writes that Huffman’s daughter took the test in December 2017, and received a 1420 on the test – a 400 point improvement from a previous attempt.

Related: How to take precautions to avoid back-to-school scams