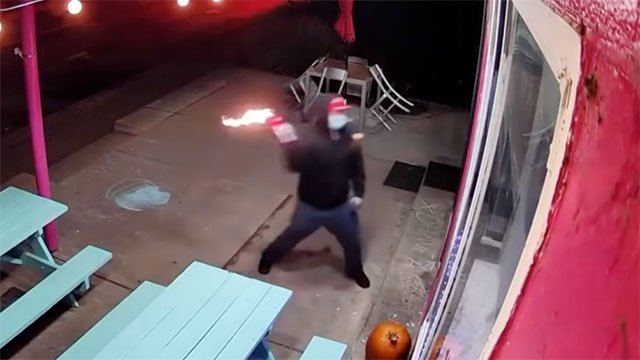 The owners of a donut shop in Tulsa, Oklahoma, have had their business vandalized TWICE now after hosting an art installation organized by drag queens centered around donut sculptures that the artist wanted to hold in an actual donut shop for the full immersion.

Last night we had the privilege of being able to be a part of the vision of The Queens Dirty Dozen; An art installation donut shop ran by drag queens. The event was an enormous success with over 500 guests attending, and an overwhelming reaction of laughing, jokes, fun and good times were had by all.

Unfortunately, there was also a reaction of hate and we were the victim of somebodies malicious acts. But in ones attempt to rain on our parade, the community answered by showing overwhelming support. 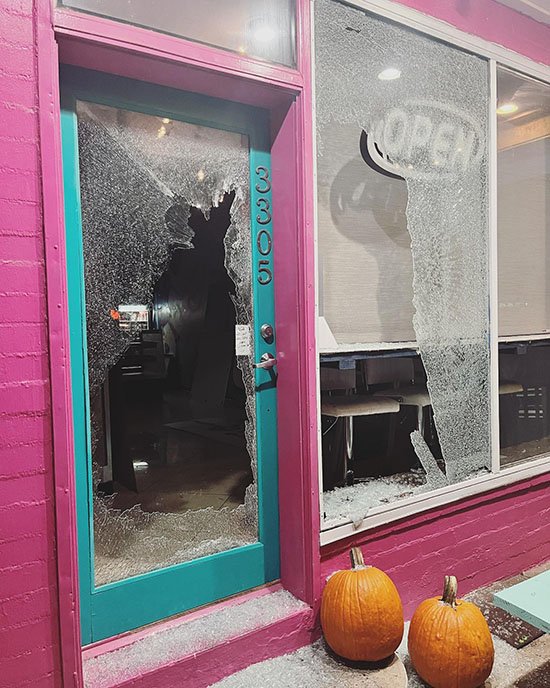 Now, Tulsa Fire investigators are looking for a person of interest after someone smashed a window at a Brookside donut shop and threw a Molotov cocktail inside.

The owners said they were out of town when they got the news that their business had been targeted again.

Surveillance video catches a person in dark clothing walking up to the business around 2:30 on Monday morning.

Investigators said the person first puts a letter with anti-LGBTQ rhetoric on the door of a neighboring business, then uses a bat to smash through the glass door. Once it was broken, the person is seen throwing the explosive device inside.

“It’s got a chemical of some kind in it that’s meant to spread fire quickly and cause a great potential of damage,” said Lt. Tim Ingram, Tulsa Fire Department.

Firefighters said the flames did not spread and only caused minor damage inside the store.

A GoFundMe campaign was launched after the first attack in mid-October, and it has now been re-started to cover the damages in this second attack.