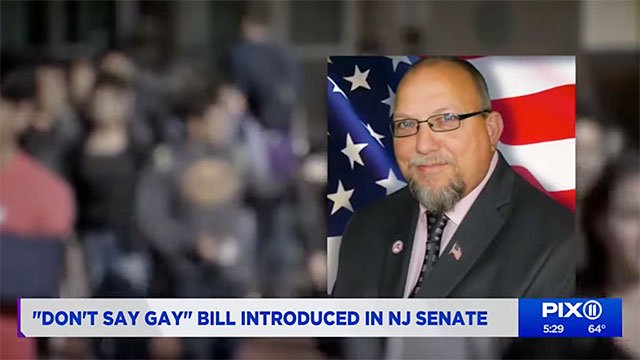 A state Senator in New Jersey has introduced a ‘Don’t Say Gay’ bill that would ban any discussion of LGBTQ issues in kindergarten through 6th grade classrooms.

The bill, proposed by State Senator Edward Durr, is even more restrictive than the Florida’s controversial “Don’t Say Gay” bill. Seventh through 12th grade students only be exposed to LGBTQ topics if consent is given by a parent under Durr’s proposal.

If the bill is passed, parents would be allowed to sue schools that employ educators who violate the law by incorporating topics such sexual orientation or gender identity into the curriculum without a parent’s consent.

In that Democrats control the state legislature in New Jersey, the bill literally has no chance of passing.

Plus, Gov. Phil Murphy signed a bill into law last year requiring school districts to provide instruction on diversity and inclusion which would conflict with Durr’s ‘Don’t Say Gay’ legislation.

Senator Edward Durr Jr. (R) introduced a bill this week in NJ that was the same as don’t say gay, with the change that it’s up to 6th grade with 7th+ needing written parental permission.

Your daily reminder if you are one or care about LGBT people, the reps hate you. Please vote