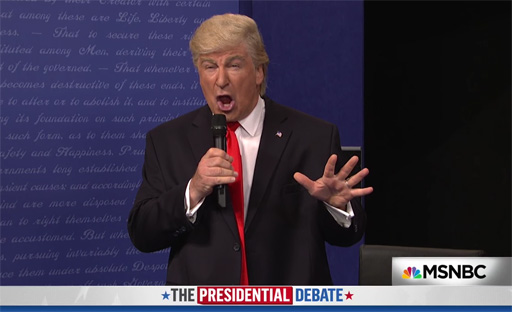 Republican presidential candidate Donald Trump took to Twitter to call Saturday Night Live’s satirical reenactment of the 2nd presidential debate a “hit job,” and part of an elaborate attempt by the media to “rig” the election.

Trump told his followers that the late night sketch show was “unfunny” and that it’s time to retire the series. He gave Alec Baldwin’s portrayal of him a big thumbs down saying Baldwin “stinks.”

This is probably where I should point out that Trump happily appeared on the show last November.

The skit gave nods to all the memorable moments of the past week’s race for the White House including Trump’s recently discovered video tape from 2005 which caught him telling host Billy Bush he liked to kiss women when he felt like it and “grab ’em by the pussy,” and his lurking behind Hillary Clinton during the debate in a shark-like manner.

Clinton wasn’t left unscathed though. From the get go, the folks at SNL made fun of her seemingly over-rehearsed comments and responses.

The Trumpster told the Twitterverse he was not amused:

Kate McKinnon won an Emmy Award skewering Hillary Clinton. And when McKinnon won, Hillary publicly congratulated her. Trump needs to learn a few lessons about not being so thin-skinned.

I have to say, every president and presidential candidate since the 1980s has been lampooned by SNL. If you can’t handle satire, how are you going to handle being leader of the free world? 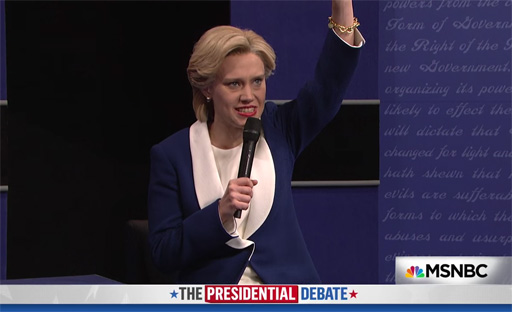 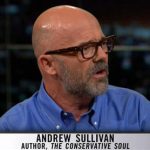 Andrew Sullivan: Electing Hillary Clinton President Is "The Only Adult Thing To Do" 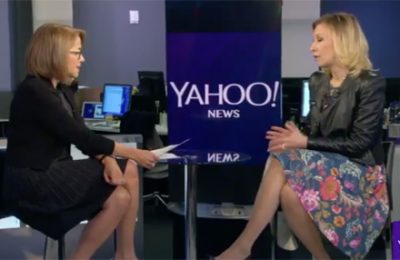 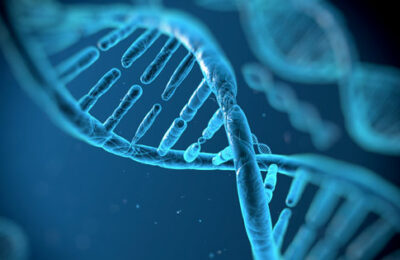 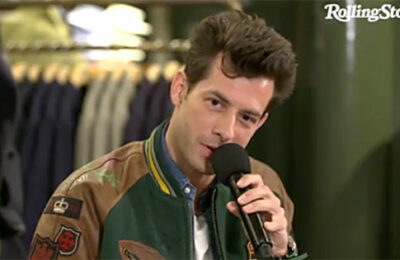 Mark Ronson Apologizes For ‘Coming Out’ As Sapiosexual