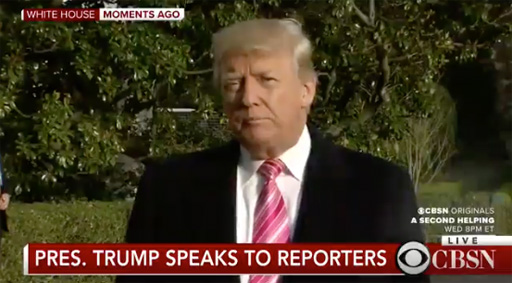 Trump repeatedly emphasized that Jones has denied the allegations brought against him.

Trump declined to say whether he believed Moore’s denials, but when asked he again pointed to the denials.

Not very “soft on crime” in my book.

Watch the Trumpster’s comments below.