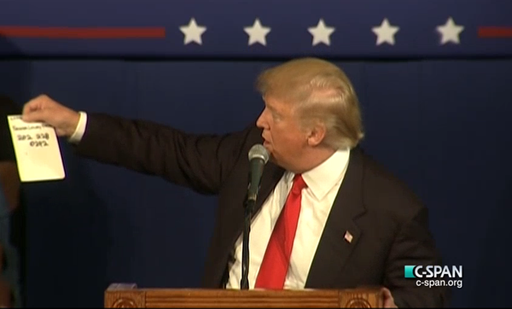 Saying that Graham “doesn’t seem as bright as Rick Perry,” Trump went on to read to the crowd what appeared to be Graham’s personal cell phone number.

Graham recently blasted The Donald for saying John McCain was not a war hero.

Graham’s campaign camp responded saying, “Trump continues to show hourly that he is ill-prepared to be commander in chief” and that the “two people most excited about Donald Trump’s candidacy are Barack Obama and Hillary Clinton.”