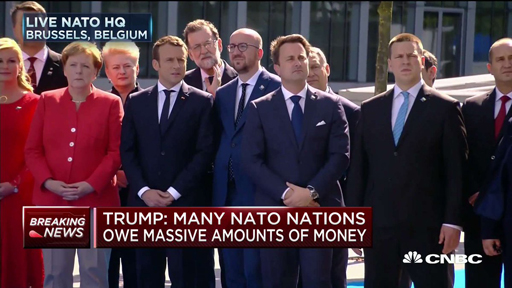 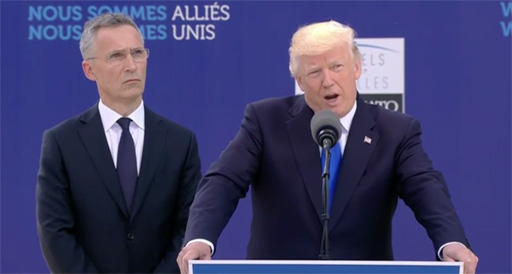 Speaking to fellow heads of state in front of NATO’s new headquarters, President Trump called out those countries who he feels do not contribute their fair share.

“Twenty-three of the 28 member nations are still not paying what they should be paying and what they are supposed to be paying for their defense,” Trump said, delivering these remarks as heads of state of the other NATO countries looked on. “This is not fair to the people and taxpayers of the United States,” Trump said.

“2% is the bare minimum for confronting today’s very real and very vicious threats,” Trump said. “If NATO countries made their full and complete contributions, then NATO would be even stronger than it is today, especially from the threat of terrorism.”

You can see the reaction of some of those countries’ leaders below. They look quite enchanted, no? 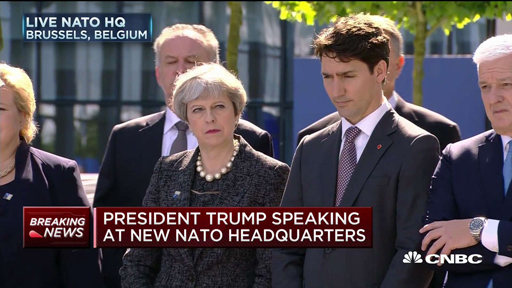 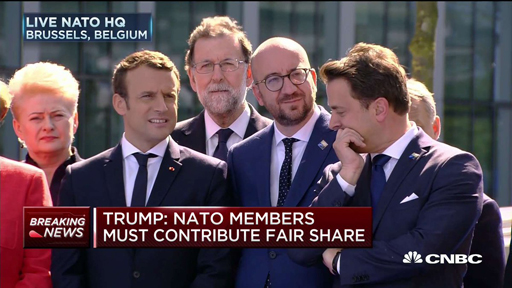 And then there was this winning moment when Trump pushed Montenegro Prime Minister Dusko Markovic aside so that he could stand in front of the group.

I guess this is what Trump means by “America first.”