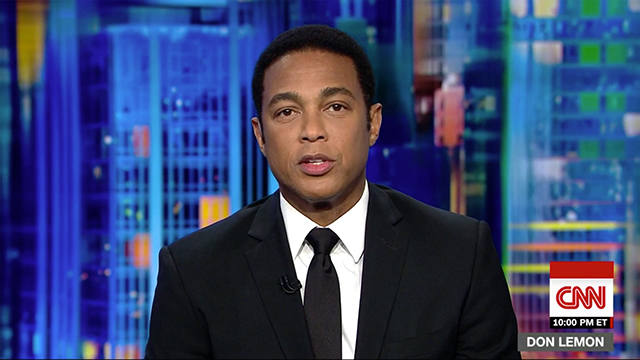 Out CNN anchor Don Lemon wondered aloud on-air this weekend why there have been so few celebrities speaking out during the protests and riots happening across the nation in the aftermath of the killing of George Floyd by a white Minneapolis police officer.

On Saturday, lamenting the lack of leadership from the White House (“When did we lose control of this country?”), Lemon asked about the wealthy people who have made it but not showing up now.

“What about Hollywood?” asked Lemon. “I see them on Twitter saying, ‘Oh, I’m loving what Don’s doing’ but they got to do more than that. Especially Black celebrities and Black leaders — and white celebrities and rich Hollywood.”

Lemon then addressed his celebrity friends directly: “Stop texting me and asking me, ‘Oh my god, Don, what is happening to our country?’ Get on television and do something and help these young people instead of sitting in your mansions and doing nothing and have some moral courage and stop worrying about your reputation and your brand.”

“Visibility is extremely important because young people need to see people who have made it so that they can understand that they have made it, too, and they can know publicly, that you have their backs.”

He added, “Beyoncé released a message. You can’t?”

If you want to demand more charges brought on all those involved in the death of George Floyd, click the link in my bio to sign the petition.

While Lemon’s passion may be admirable, for the record there were several celebrities stepping up and out during the weekend’s protests.

Bisexual pop star Halsey shared on social media that police “opened fire of rubber bullets and tear gas multiple times on us” and that she was “hit twice. Once by pellets and once by shrapnel. We were gassed repeatedly for hours.” She added, “I will be returning.”