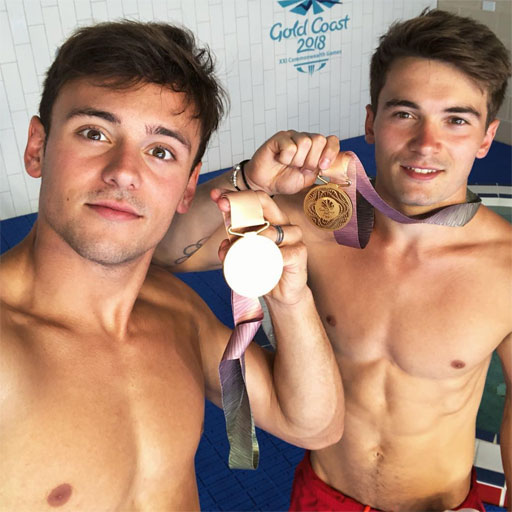 Of the 53 countries included in the Commonwealth, homosexuality is illegal in 70% of those nations.

Homosexuality remains illegal in 70% of the 53 Commonwealth countries.

“Coming to the Gold Coast and being able to live as an openly gay man is really important,” said Daley, 23.

“You want to feel comfortable in who you are when you are standing on that diving board, and for 37 Commonwealth countries that are here participating that is not the case.”

Speaking to BBC Breakfast, Daley added: “I feel extremely lucky to compete openly as who I am, not worry about ramifications. But for lots of people living in those countries it is not the case.

“We have to talk about these things and shine a light on them in order to get change.”

Daley is married to Academy Award-winner Dustin Lance Black and expecting their first child this summer.

🥇G O L D 🥇
•
•
•
🏳️‍🌈 37 of the competing nations criminalise being LGBT+. I feel so lucky to be able to be openly who I am without worry. I hope one day every athlete from every nation in the commonwealth will be free to compete openly as who they are too! 🏳️‍🌈 pic.twitter.com/ry4GPiZhdB